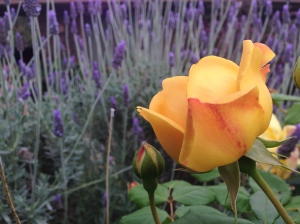 Rose from my front yard

This afternoon I stumbled across a challenge proposed by Amy Crow at No Story Too Small. She is challenging family historians to write blog posts for a different ancestor for each week of the year. I’m not sure that I will make it but it is worth a try.

I am going to start with Elizabeth Miles. Elizabeth is my 2nd great grand aunt. Or, in slightly less convoluted terms, my great grandmother’s aunt. She was also the sister of William Henry (WH) Miles who I wrote about here.

Elizabeth alludes me when I try to search for her through the records. She was born abt 1857 in Bristol. She was the second child of Reuben Miles and Elizabeth Groves (as far as I am aware) and the elder (and only) sister of WH. She is listed in the 1861 census as a scholar living with her family at 31 Paul Street in the parish of St Michaels, Bristol.

And that is all I have.

In 1864, her mother died and the records show that this had quite an impact on the family. I am unable to find her father, Reuben, or her younger brother, Thomas, in the 1871 census. It is possible that Thomas had died by 1871 as I can not identify him in the census records after 1861.

For her elder brother, Reuben, there are two options. He is either an apprentice with Stephen Jackson (a painter and glazier) living at 13 Wellington Terrace, Clifton, Bristol or living with his uncle, William Miles, at Lower Cheltenham Place, Bristol (in the parish of St James and St Paul) as a painter and plumber. In 1881, he is listed as a House Decorator so either entry fits. I believe it is more likely that he was staying with his uncle.

It is possible that her younger brother (and my great great grandfather), WH, was living in Malmesbury, Wiltshire with the Poole family.

I can not find Elizabeth. I have found her relatives on her father’s side in the census (except her uncle Phillippe who I suspect may have died prior to 1851) and she is not with them. I do not have details of her mother’s family, the Groves.

I know that she survived as my grandmother tells me that she wrote to WH and obviously knew that he had emigrated to Australia. Apparently she made corsets or owned a business that did. The details are sketchy and I have no leads with which to proceed. I do not know if she married or remained single. Whether she stayed in Bristol or moved on.

However, according to WH’s granddaughters, she was loved and respected by her brother and they maintained a relationship across the course of their lives.